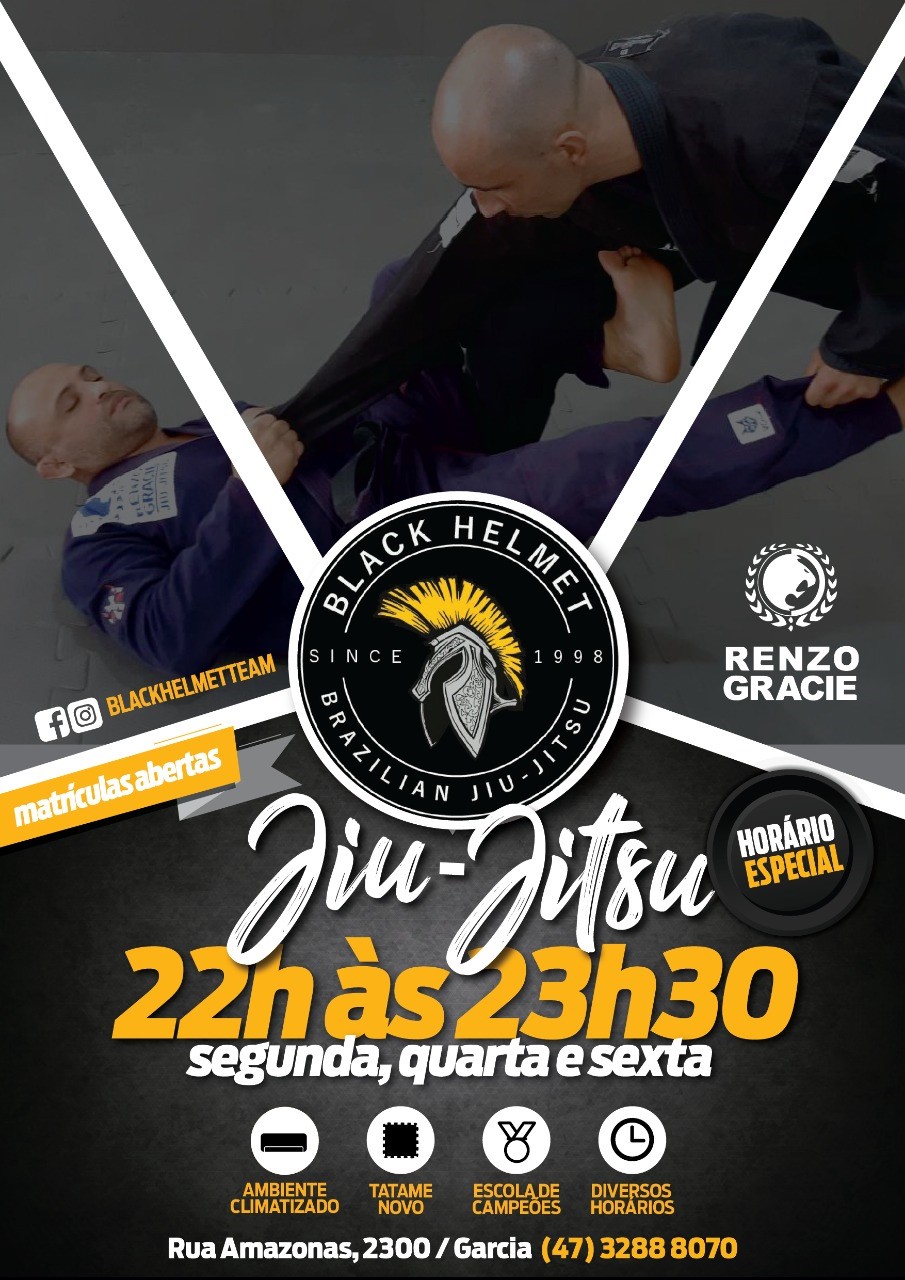 Jiu-Jitsu is the oldest martial art that mixes keys, bottlenecks and falls. It is an efficient fight that uses the opponent's own strength against himself, applying the technique, intelligence and softness to immobilize and finalize the opponent. Jiu-jitsu is not just a martial art, it is a way of life that teaches respect and discipline.

Jiu Jitsu, which means gentle art, is considered to be the oldest martial arts. It originated in India (although there is a controversy about its birth in China) in 2000 BC. It crossed the borders of China and went to Japan, where it grew and developed considerably.

How did you arrive in Brazil?

Jiu Jitsu was brought to Brazil through Master Mitsuo Maeda (known as Count Koma), Japanese Consul in Pará and taught to the Gracie family.

# In Jiu Jitsu, techniques such as:

Thus, the main scams are of joints, bottlenecks, immobilizations, twists, levers and others. The Jiu Jitsu fighter must have dexterity, speed, flexibility and agility.

The Jiu-Jitsu class is divided into three parts: warm-up (where bending, abdominal exercises, running, among others), technique (where the teacher teaches the students new techniques) and training (where the students fight with each other, always with the intention of refining the technique). Just like in Judo, the clothing used to train is the Kimono.

# Jiu Jitsu can be used in three ways:

Required Jiu-Jitsu kimono that can be purchased at the gym.